Series: What’s in a Word

Let’s discuss two words in the industry that are too often interchanged and should not be – cross-connection and backflow.  Despite popular usage, these two words are not synonyms.

“any unprotected actual or potential connection or structural arrangement between a public or private potable water system, and any other source or system through which it is possible to introduce into any part of the potable system any used water, industrial fluids, gas, or substance other than the intended potable water with which the potable system is supplied.”

“The undesirable reversal of flow of water or mixtures of water and other liquids, gases or other substances into the distribution pipes of the potable supply of water from any source or sources.”

Caused by backpressure or backsiphonage, backflow is simplified as potable water flowing in the direction it is not intended to flow.

So, the next time you are trying to decide if you should be using “cross-connection” or “backflow”, try thinking in terms of either a noun or a verb.  Now you know. 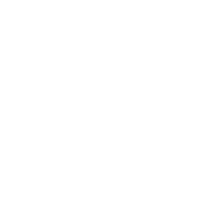